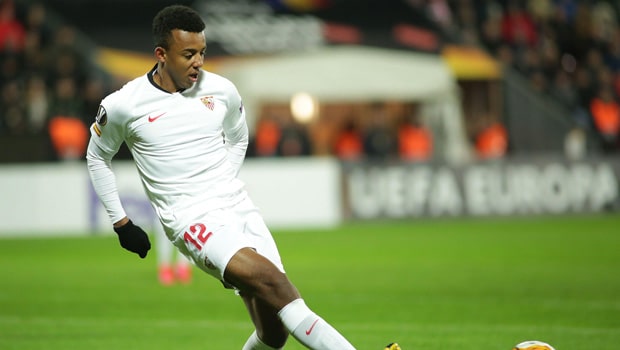 La Liga side Sevilla has crashed out of the UEFA Champions League after their 2-2 draw to Borussia Dortmund on Tuesday evening.

The Seville side lost the first leg by three goals to two in Spain and the second leg was always going to be difficult as they needed nothing less than a 2-goal margin win to secure qualification into the next round.

Norwegian striker Erling Haaland was the hero for Dortmund in the first leg in February after scoring two goals on that night and he was also instrumental again in the second leg after opening the scoring in the 35th minute of the first half.

He also scored immediately after the restart but his goal was canceled after a VAR check discovered a foul in the build-up to the goal.

However, he was not to be denied moments later as he scored from the penalty spot after Sevilla defender Jules Kounde committed a foul in the box.

Sevilla pulled one back through Youssef En-Nesyri in the 63rd minute, before adding another in the final minute of the game through a header.

In the other Champions League game played yesterday, Juventus were eliminated by FC Porto. The Portuguese club went through of away goals after the tie ended 3-2 in favour of Juventus. The aggregate score was 5-5, and that was enough to send Porto through to the quarterfinals.

Meanwhile, Barcelona will face Paris Saint-Germain at the Parc de Princes in Paris on Wednesday in a bid to overcome the 4-1 first-leg deficit from the Camp Nou.

Barcelona’s head coach Ronald Koeman believes that nothing is impossible ahead of the game as they hope to overcome the four-goal deficit and will need to score four unreplied goals to progress to the next round.

The Dutch coach believes it will all depend on they start the match.

“There’s always life. It depends on how we start the game, the energy we put into making it difficult for PSG, and on being clinical. They were very clinical in the first game, so we will have to match that in the return match. We always create chances, but we will have to be effective. If we are, nothing is impossible.” Koeman said.