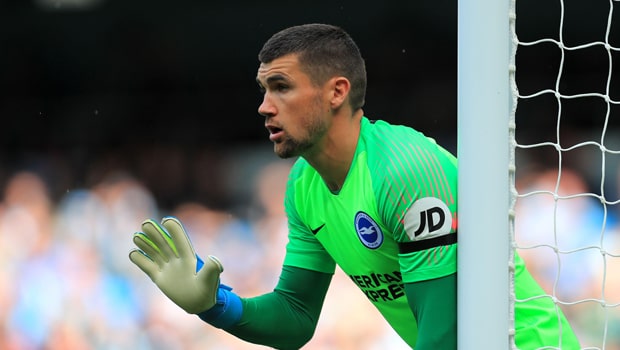 Matt Ryan played at Arsenal in the second half of the 2020/2021 season making just three league appearances at the Emirates stadium during his loan spell.

However, the Australian international’s return to the Amex Stadium is not assured of a consistent string of matches next season with the availability of Spanish International Robert Sanchez.

The signature of the one-year deal for the goalkeeper to join the Basque club was announced on the club’s official Twitter handle on Monday.

Alex Remiro who was the main goalkeeper last season playing 38 matches in the La Liga will maintain his position as the team’s first-choice goalkeeper with Ryan expected to play a backup role at the Estadio Anoeta.

Real Sociedad finished in the fifth position last season to qualify for the UEFA Europa League with 62 points.

Meanwhile, La Liga champions Atletico Madrid has signed Argentine Rodrigo De Paul from the Italian side Udinese on a deal worth €35 million and a five-year contract.

The 27-year-old just recently won the Copa America with Argentina after beating Brazil 1-0 in the final played at the Maracana stadium. The deal will see him at the Wanda Metropolitano stadium in Madrid till 2026 and he revealed his happiness at playing under Diego Simeone.

“I’m very happy, I’m going to join the (La Liga) Champions and I’m conscious of the responsibility it carries, It is a big step in my football career. Because of my experience in Spanish football, I know very well Atlético de Madrid, without counting all the friends and colleagues I have playing in Spain. I’m very happy to have the opportunity of working under Simeone.” De Paul said.