Zinedine Zidane: My job is on the line 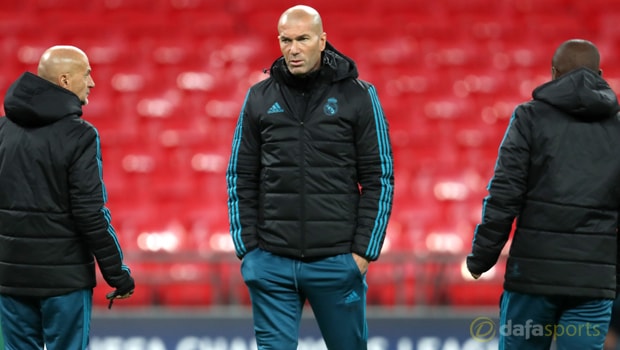 Real Madrid boss Zinedine Zidane admits his job is on the line after his side were knocked out of the Copa del Rey by Leganes on Wednesday.

Los Blancos went into the second-leg of their quarter-final tie at the Bernabeu with a 1-0 advantage to defend, but they produced a lacklustre display as they were beaten 2-1 on the night, meaning they were eliminated from the competition on the away goals rule.

The defeat was another low point in what has been a disappointing campaign for Real, as they are currently only fourth in the La Liga standings, a full 19 points behind leaders Barcelona.

Zidane admits his job is now on the line following their cup exit, although he is determined to turn things around over the coming months.

“Of course. That is really clear,” Zidane said when asked if his job was on the line.

“I am responsible for this, I’m the coach. “So I must find solutions. I must take on the situation. I will keep always fighting, keep working, try and look for things to make the team better. Nothing more.”

Real face a potentially crucial clash with third-place Valencia in La Liga on Saturday and Zidane is under no illusions about the importance of that game, while he also has one eye on the club’s crucial Champions League Last 16 tie with Paris Saint-Germain next month.

“I always think positively, even after this failure, even tonight when we must apologise to the fans,” Zidane added.

“We have a game on Saturday, and on February 14 we have a Champions League game.”

Real are priced at 1.62 to return to winning ways when they take on Valencia at the Mestalla, while Los Che are available at 4.75 and the draw is on offer at 4.33.