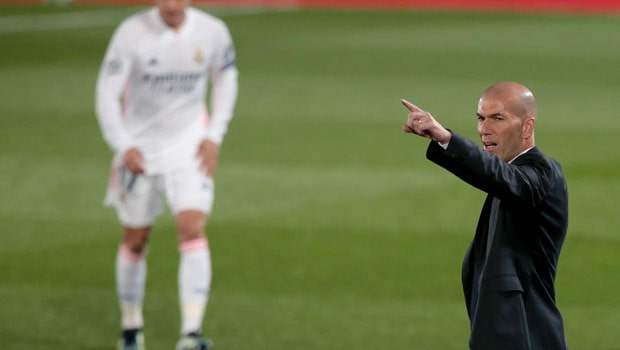 Real Madrid put out an outstanding performance as they moved one step into getting into the semi-finals of this season’s UEFA Champions League semi-final with a 3-1 victory over Liverpool at the Alfredo di Stefano Stadium on Tuesday evening.

Zinedine Zidane’s side are in a good run of form after beating Eibar in the La Liga at the weekend and are on a five-match winning streak.

They started the game against Liverpool strongly with Vinicius Junior opening the scoring in the 27th minute and Marco Asensio adding a second in the 36th minute with his fourth consecutive goal in four consecutive games.

Mohamed Salah pulled one back for Liverpool after just six minutes into the second half. Vinicius Junior ensured that Real Madrid takes a 3-1advantage into the second leg with his second goal of the night.

The Los Blancos will shift their attention to the La Liga, where they will face Barcelona in the El Clasico this weekend.

Meanwhile, in the second game played on Tuesday, Manchester City defeated a stubborn Borussia Dortmund side 2-1 at the Etihad Stadium.

Manchester City took the lead in the first half through Kevin De Bruyne in the 19th minute but Marcos Reus equalised with 6 minutes left to play in the game.

However, English midfielder Phil Foden made sure that Man City took a 2-1 win into the second leg with his 90th-minute goal.

Dortmund will take solace in the away goal scored as they head into the second leg of the fixture which will be played on the 14th of April.

On Wednesday Chelsea will face Porto in the other quarter-final fixtures, Paris Saint-Germain will face Bayern Munich in a repeat of last season’s final where the Germans triumphed with a single goal to lift the trophy.