Trophies the aim for Gareth Bale 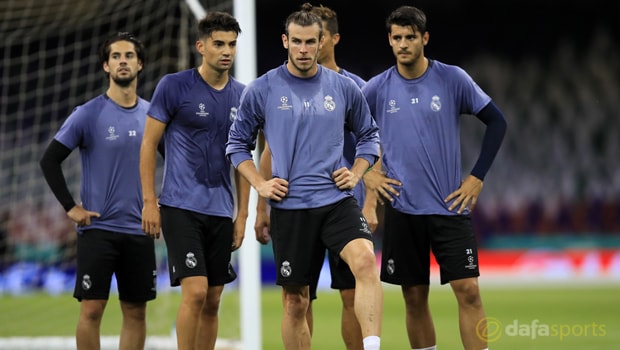 The Wales international has enjoyed a trophy-laden spell since arriving at the Bernabeu from Tottenham in 2013, winning eight major titles including the Champions League on three occasions.

Speculation had linked the 28-year-old with a return to the Premier League this summer, with Manchester United reportedly showing an interest, but Red Devils boss Jose Mourinho has now dismissed the possibility of signing Bale.

Bale himself has always maintained his desire to remain with Los Blancos and he is solely focused on adding to his trophy haul with Zinedine Zidane’s side.

“We go into every competition looking to win it and it’s no different again this year,” he told reporters.

“We have got the motivation to do that and will be trying our hardest to win every competition we enter.”

Real kicked off their pre-season preparations with a penalty shootout defeat to Manchester United in California on Sunday night, but Bale insists the match served its purpose, despite the result.

“Obviously, the first game in pre-season for us,” he added.

“It is just about getting the cobwebs out, getting some game time into us. We would have loved to win but that’s the way it goes.”

Los Blancos will face United once again in the UEFA Super Cup on August 8 and they are priced at 1.36 to emerge victorious in Skopje, while the Red Devils are available at 2.88.