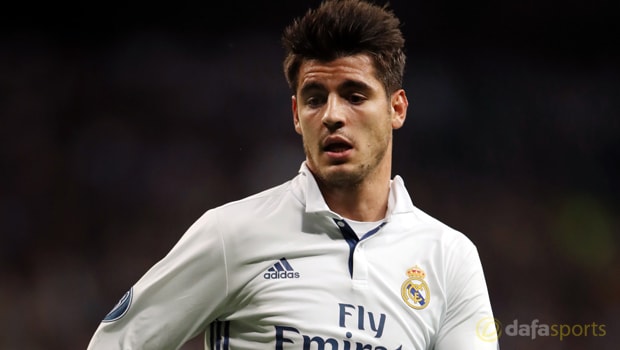 Real Madrid are considering a “very important offer” from Manchester United for striker Alvaro Morata, according to the player’s agent.

The player re-joined Real Madrid from Serie A champions Juventus a year ago for a fee of 30m euros, two years after departing the Bernabeu for Turin.

He scored 27 goals in under 100 appearances for Juventus and after re-joining Madrid last term he found the net on 20 occasions.

Morata has been heavily linked with a move to Manchester as Jose Mourinho looks to strengthen his striking options following last week’s announcement that the Red Devils would not be renewing the contract of Zlatan Ibrahimovic, last season’s leading goalscorer.

“I can say that there’s a very important offer and the decision now rests with Real. I cannot tell (if an agreement is close), we’ll see.”

Lopez went on to confirm that Milan’s bid simply didn’t come close to matching Real’s valuation of the 24-year-old.

“I can confirm there had been regular contact until a few days ago. Quite simply, Real Madrid considered the offer from the Rossoneri unsatisfactory,” he said.

Ibrahimovic scored 28 goals for United last season, but with injury set to sideline him until the new year, the club did not offer the 35-year-old a new deal. United are 4.33 to be Premier League champions next season.