Real Madrid have no plans to sign David De Gea 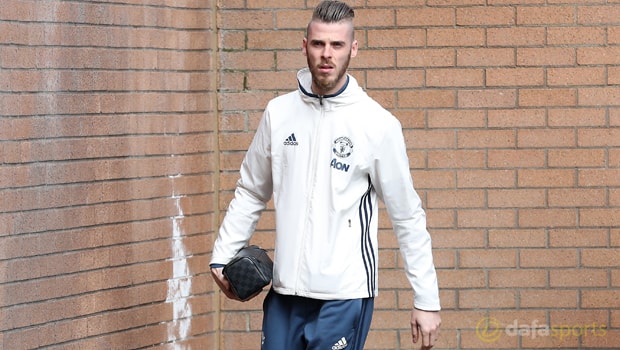 According to Perez, the La Liga champions are happy with their goalkeeping options and have no immediate desire to reignite their interest in the Spain international.

De Gea was moments from becoming a Real Madrid player in 2015 only for a delay in paperwork to cause the transfer deadline to be missed in dramatic fashion.

Perez says his club did have an option to go back for De Gea last summer but that no such agreement exists now.

The European champions have not been in contact with their counterparts at Old Trafford and, according to Perez, will not be.

He told Onda Cero radio: “For the time being, we haven’t spoken to De Gea.

“The last time I spoke to him was when that [failed transfer] happened. Two years ago we had that fax misfortune.

It [the contract] arrived two minutes late. “Last year we had a possibility that we didn’t take, and now we have no agreement with Manchester United to sign him.”

Perez says he now rates 30-year-old Keylor Navas in a way that was not true two years ago. “The truth is that we have great goalkeepers.

Some may view Perez’s comments as timely, given that Cristiano Ronaldo is rumoured to be keen on leaving Madrid this summer and has been heavily linked with a return to former club United.

Real Madrid are 5.50 to win a third straight Champions League crown next season, while United are 15.00.