Real Madrid midfielder reveals he could play till he is 40 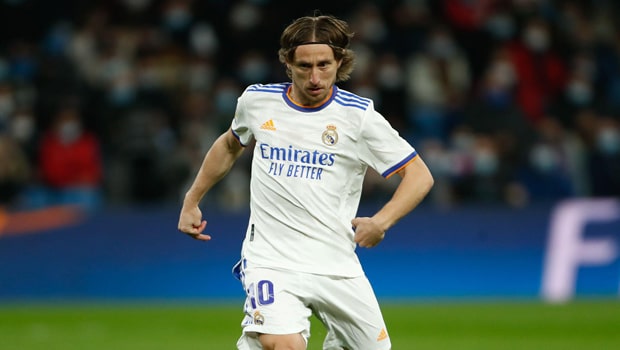 Real Madrid midfielder Luka Modric has revealed he could play professional football till he clocks 40. The 36-year old was recently quizzed at a press conference about his career, and he stated that he hasn’t decided yet about retirement.

“I don’t know when I’ll keep playing until, maybe about 40, we’ll see. I have to take it step-by-step, enjoy what I’m doing. I feel good physically, which is important, mentally as well. I’m at a huge club, the best club in the world, without a doubt, and I’m working hard to keep my level as high as possible. We’ll see how long it is, but talking about years is difficult. I’m almost 37 and I feel great, to be honest.” Modric said.

Luka Modric moved from Tottenham in England to Spain to join Real Madrid in 2012 in a deal worth £30M winning his first trophy for the club just a few days later with the Super Copa De Espana. He has since gone on to win sixteen more titles, including the La Liga on two occasions in 2017 and 2020.

Modric has also gone on to win the Copa Del Rey once and four UEFA champions league titles while winning the Ballin D’or as well as leading the Croatian national team to the FIFA World Cup final in 2018 as the team’s captain.

Modric started his career with Dinamo Zagreb in his native Croatia in 2003 before moving to Tottenham and then subsequently joining Real Madrid.

Modric has played 282 matches for the Los Blancos with 21 goals, in addition to his trophy haul for Real Madrid including four FIFA Club World Cup and three UEFA Super Cup titles.

Meanwhile, this season, Luka Modric has played sixteen times in the La Liga with four assists and a goal to his name in the Spanish Top flight as Real Madrid lead with six points ahead of Sevilla.