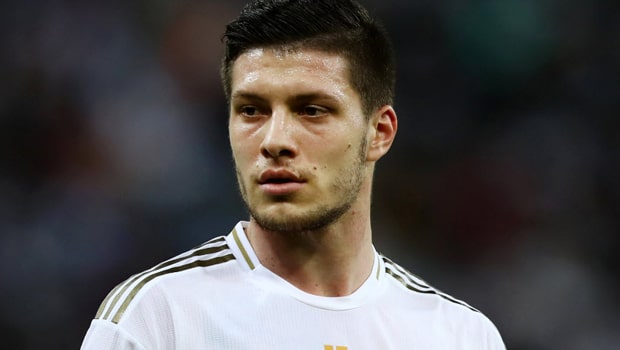 Real Madrid striker Luka Jovic has stated his wish of staying at the Santiago Bernabeu for the new season after returning from his loan spell at Bundesliga side Frankfurt.

The Serbian striker was signed from Frankfurt in 2019 for a fee reported to be €60 million, on a six-year contract.

However, the striker was unable to impress and failed to seal a first-team place in his first two years at the club.

The former Benfica player attributed his tough opening weeks at Madrid to injuries and bad luck and even suggested an exit when he returned to Germany on loan in January after stating that he had stopped taking Spanish language classes.

“In Madrid, there was a lot of bad luck. The injuries impacted me and I struggled to adapt. It was fortunate to have been able to train alongside the best players in the world. It is never easy in a team like Real Madrid, where the style is different and the pressure is always very high.” Jovic said.

The player who scored 25 for Frankfurt during his initial stint there, scored just two goals in 21 matches before he returned to Germany for another loan spell at Frankfurt.

In 18 appearances in total, he scored 4 goals and believes with the reappointment of Carlo Ancelotti at the Bernabeu, he stands a good chance of rejuvenating his career in La Liga.

Meanwhile, his previous team Frankfurt has revealed that they won’t turn down the opportunity to re-sign the player while Premier League club Chelsea sees the former Benfica player as an alternative to Erling Haaland.

Real Madrid finished second in the La Liga last season and was knocked out of the UEFA Champions League by eventual champions Chelsea in the semi-final.

Former manager, Carlo Ancelotti was reappointed as the team’s new manager from Everton at the end of the season after Zinedine Zidane exited the role.