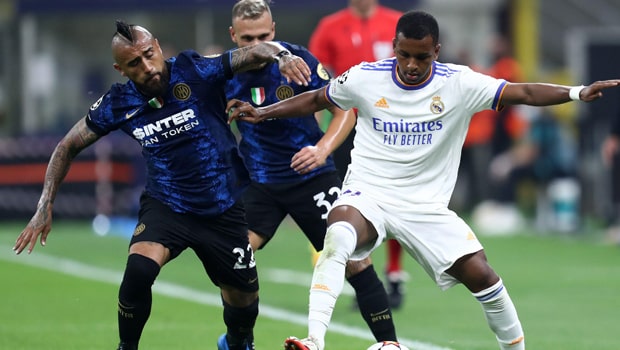 The Los Blancos travelled to the San Siro to face Italian Serie A champions Inter Milan.

The Italians have not made the knockout stage of the UEFA Champions League in the last three years and they started brightly against Madrid with Edin Dzeko and Lauraro Martinez testing Courtois in the early minutes.

However, Real Madrid took the initiative in the second half after a first half that saw them have no shot on target.

While the second half was more improved from Real Madrid, Inter Milan continued to press with Courtois saving from a Dzeko header in the 54th minute.

However, the winner came with less than  a minute left on the clock as Eduardo Camavinga providing Rodrygo with the pass with which he volleyed.

Real Madrid goalkeeper and star of the game Thibaut Courtois revealed that the Italians deserved more from the game.

“Inter deserved more, they had the better chances, We spoke with the coach and among ourselves and the second half was an improvement.” Courtois said after the game.

The win puts Real Madrid second on the table behind Moldovan side Sheriff Tiraspol who beat Shakhtar 2-0.

The Moldovan side will be Real Madrid’s guests on matchday 2 of the UEFA Champions League but first Carlo Ancelotti side will face Valencia, Mallorca and Villarreal in the La Liga before the game.

Meanwhile, Real’s City rivals Atletico Madrid were unable to get a goal in the game against Portuguese side Porto.

Diego Someone’s side were matched by the Portuguese with Atletico depending on half chances and set pieces.

However, Porto had a late goal disallowed for a handball before being reduced to ten men for the rest of the game when defender Chancel Mbemba was sent off.