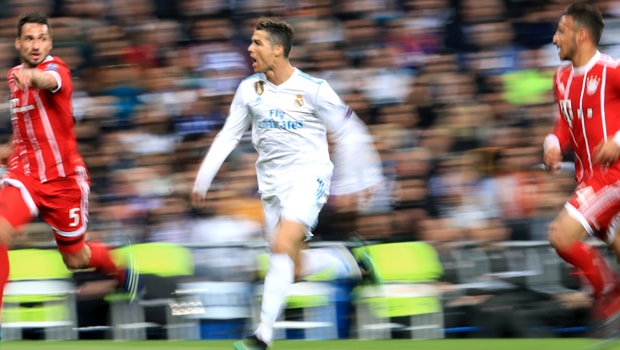 Speculation continues to mount that Cristiano Ronaldo could leave Real Madrid for Juventus this summer with his agent confirming that the Portuguese star may well be interested in a ‘new challenge’.

Ronaldo has spent the last nine years in the Spanish capital after joining Real from Manchester United in 2009, and he has won 15 major honours during that time, including four Champions League titles, while he has also become the club’s all-time record goalscorer, netting a staggering 450 goals in 438 appearances.

However, speculation has been rife regarding the 33-year-old’s future at the Santiago Bernabeu since he appeared to suggest after their Champions League triumph over Liverpool in May that he may well be on the move.

Juventus have since emerged as Ronaldo’s most likely destination, with reports suggesting the Serie A giants have made an £88million bid for his services.

It remains to be seen whether Real will accept that offer, but Ronaldo’s agent, Jorge Mendes, has now added fuel to the fire regarding the speculation by suggesting his client would be open to a ‘new challenge’.

“If Cristiano Ronaldo does leave Real Madrid, he will be eternally grateful to the club, the president, the whole team, the medical staff, the supporters and all the Madridistas around the world,” Mendes told Portuguese newspaper Record.

“It will only be for a new stage and a new challenge in his brilliant career.”

If Ronaldo were to swap Madrid for Turin then he could end up facing Real in next season’s Champions League.

Los Blancos will be aiming to win Europe’s premier club competition for the fourth successive season next year and they are priced at 7.00 to do just that, while Juve are available at 10.00.