Cristiano Ronaldo move would be irreparable loss for La Liga 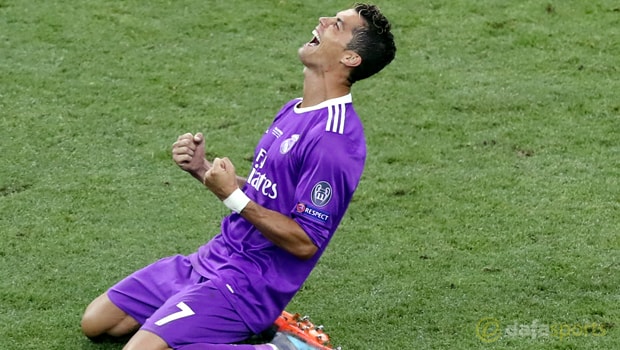 The Portuguese superstar is the subject of much speculation with rumours rife that he wishes to leave the European champions this summer.

Ronaldo has been heavily linked with a move and it has been suggested that he wishes to return to his former stomping ground at Old Trafford by re-joining Manchester United.

Tebas says the value of La Liga having both Ronaldo and Lionel Messi in its midst cannot be overstated. “When one travels, you get to see how important the big clubs are and their stars,” he said.

“Right now, we [La Liga] are undergoing international growth and it would be an irreparable loss for the coming seasons.

“In the Spanish league, we’ve had the best footballers of our time, [Lionel] Messi and Cristiano Ronaldo, and we want to keep them.” Amid accusations of tax evasion, Ronaldo is apparently keen on leaving Spain.

Tebas insists that the Portuguese captain is almost certainly innocent and he firmly believes Ronaldo will be at Real Madrid next season.

“Knowing the people that surround Cristiano Ronaldo, how professional they are, and from what I’ve read regarding the reports done by the Spanish tax agency … I have no doubt that Cristiano Ronaldo is innocent,” he added.

“I hope he can overcome the problem and I trust Cristiano Ronaldo and his team.

“I’m certain that we will move on from this and that he will be with us for many more seasons.”

Ronaldo’s Portugal are 3.50 to win the Confederations Cup in Russia.