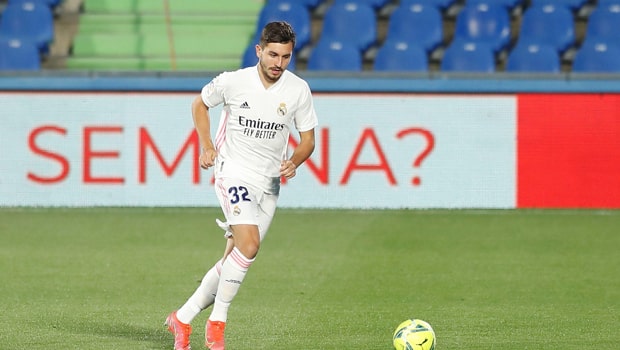 This was confirmed by the club in a statement, which also revealed that there is no option of making the deal permanent.

Thus, the Yellow submarines will only have the centre back with them for a season.

This could be seen as a good reinforcement for a team that had a good campaign last season after recording good results against Resl Madrid and Barcelona.

After finishing 14th last season, Cadiz will want to hit the ground running like last season in order not to find themselves fighting away from relegation drop.

Now that Christ has left the Bernabeau temporarily, it makes Jesus Vallejo be almost Real Madrid’s fourth center-back behind Alaba, Militao, and Nacho in the 2021-2022 season.

Chust, Vallejo, and Gila have been fighting for that shirt. However, the latest development means the latter will now stay in Castilla.

This will also be an experienced adventure for Chust that could be the future Real Madrid center back. Playing in the top flight under huge pressure against top strikers and midfielders could prepare him for the future ahead at the Bernabeau.

However, he will also need to fight for a starting short at Cadiz. But it is expected to be easier here, the Real. Dislodging one of the regular starters for the Andalusian club will take a lot of work from him.

For Cadiz to avoid being drawn into the relegation fight, they must fight to avoid relegation. It is believed that with Christ in the team there, this will be a valuable loan deal for Chust.

With such a good preparation into the La Liga Santander, which begins on Friday, how Cadiz start could determine their end.