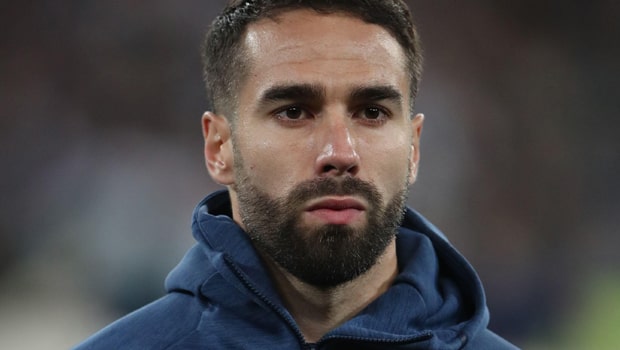 Spanish defender Dani Carvajal has signed a new contract to extend his deal with the team till 2025. The defender who started out with the B team of the Los Blancos in 2010 before moving to Bayer Leverkusen in 2012 returned to the Santiago Bernabeu a year later.

The defender has made 199 with the Santiago Bernabeu side and the new deal will see him make over 300 appearances for the team before the end of the contract.

The new deal signed by the 29-year-old was announced on the club’s official website with the club seeing more players exiting the Spanish capital recently.

“Real Madrid C. F. and Dani Carvajal have agreed on a contract extension which will tie the player to the club for the next four seasons, up until 30 June 2025.” the statement read on Thursday.

Meanwhile, Carvajal had a poor 2020-21 campaign caused by an injury which also meant that he missed the Euro 2020.

Real Madrid has seen the exit of long-serving skipper Sergio Ramos who has now joined Paris Saint-Germain as a free agent.

Brazilian Wing-back Marcelo has now been picked as the new team captain into the new season with the number jersey also given to him.

If the French World Cup winner leaves the Santiago Bernabeu, the Los Blancos will be without a World-class center back.

However, the side has brought in former Bayern Munich defender David Alaba who, despite his quality, is not a center back.

Real Madrid lost their first Pre-season game to Rangers in Ibrox although they have a pre-season date with AC Milan on August 8, before opening their La Liga season away at Alaves on August 14.