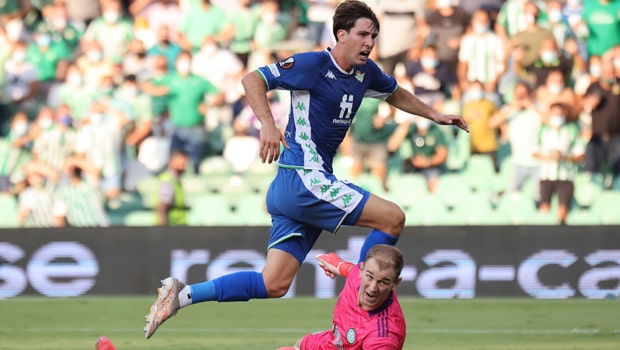 Spanish side Real Betis had to dig deep to beat Scottish side Celtic 4-3 on Thursday evening in the UEFA Europa League.

The hosts Betis went 2 goals down in the early minutes of the game but the equalizing goals came as quickly as well.

Albian Ajeti and a Josip Joranovic penalty put Celtic in a 2-0 lead under the first thirty minutes.

However, Betis responded immediately with two goals in the 31st and 35th minutes through Juan Miranda and Juanmi.

After a stalemate in the first half the hosts got in front for the first time in the game in the 51st minute through Borja Iglesias while Juanmi got his brace two minutes later.

However, Anthony Ralston ensured a nervy end to the game with Celtic’s third in the 87th minute of the game.

Real Betis will travel to Hungary to face Ferencvaros while Celtic will host Bayer Leverkusen.

Real Betis are top of Group G while Leverkusen are in second with three points  as well.

Meanwhile, Real Sociedad were held to a 2-2 draw by PSV in the Netherlands. Mario Goetze had given the home side the lead in the 32nd minute of the game.

Cody Gakpo equalised for the Eredivisie side in the 54th minute to ensure a share of the spoils between both sides.

Attentions will now shift to the La Liga this weekend for both sides as Real Sociedad hosts Sevilla while Betis welcomes Espanyol.

Other La Liga fixtures to look forward to at the weekend include Atletico Madrid hosting Atletico Bilbao.

Valencia will welcome Real Madrid who got a win away at Inter Milan in the UEFA Champions League during the week.

Meanwhile, Barcelona will play Granada at the Camp Nou.