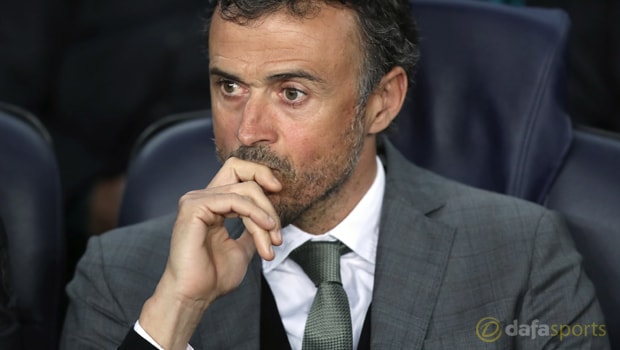 Luis Enrique admits Sunday’s dramatic 3-2 El Clasico win over Real Madrid has given his Barcelona side a “huge morale boost” as they chase the La Liga title.

In a pulsating game at the Bernabeu, Real took the lead in the first half through Casemiro but Lionel Messi hit back with a superb solo effort to level the scores at the break and take him clear of Alfredo di Stefano as the record scorer in the fixture.

Following spectacular saves from both Keylor Navas and Marc-Andre ter Stegen, Ivan Rakitic’s 73rd-minute strike looked set to make the difference and Los Blancos’ misery was compounded when Sergio Ramos was sent off for a lunge on Messi.

James Rodriguez dramatically levelled at 2-2 but just as the game looked set to end in a draw, Messi netted his 500th goal in a Barca shirt to seal the points in stoppage time.

The result edges the Blaugrana ahead of their rivals at the top of the table, albeit Zinedine Zidane’s men have a game in hand.

Enrique admitted afterwards it had been a thrilling contest and says the manner of his side’s win has only boosted their belief.

“It was a match between two wonderful teams that gave everything to win and in truth either side could have been victorious,” Enrique said.

“We have defended well throughout the match but we were ready to draw at the end, however that would have been a missed opportunity on our part.”

Wednesday sees Barcelona welcome Osasuna to Camp Nou for a game they are 1.03 to win, with the draw quoted 17.00 and the bottom club a massive 81.00.