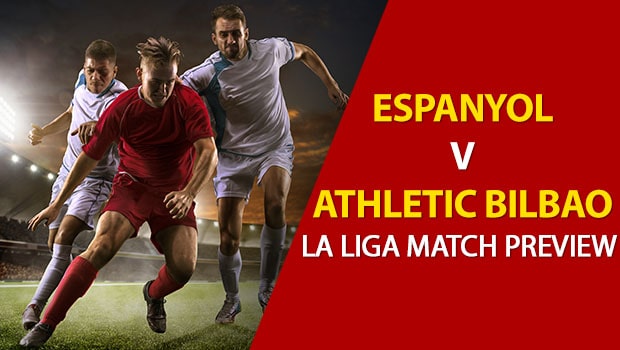 Betting on the Draw: Odds — at 3.40 — indicate there’s a 29.4 percent chance the match ends in a draw. There’s a draw in under 26 percent of AccuScore sims, suggesting no value on the draw.

Masters of the Draw: Athletic Bilbao have drawn seven of their 10 games this season, including all four road matches. Three of the draws ended 1-1, with the fourth 2-2.

Athletic Bilbao have not won a match this campaign since the opening weekend. Interestingly enough, they lost goalkeeper Kepa to Chelsea at the beginning of the season, and haven’t shown much effort to find a true replacement.

Recent Trends: Athletic Bilbao have won zero matches in their last 20 on the road vs Espanyol. They lost 13 of those, with seven draws.

Léo Baptistão has a 33 percent chance to score for Espanyol. He averages 2.76 shots overall per sim, 1.17 shots on goal per and 0.40 goals per sim.

Odds — at 2.01 — indicate Espanyol has about a 50 percent chance to win in regulation. They win close to 57 percent of AccuScore sims, suggesting some added value on Espnayol. The side value makes it a three-star (out of four) AccuScore hot trend pick.