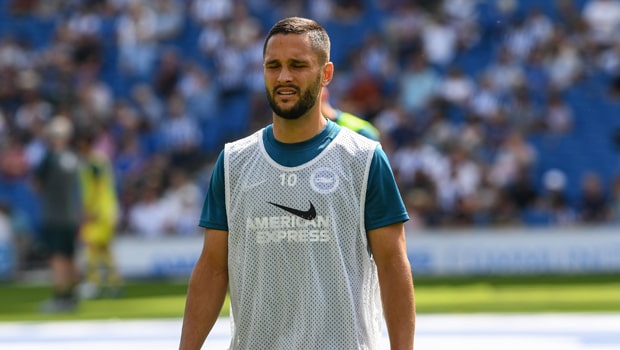 Brighton manager Graham has described Florin Andone’s move to La Liga side Cadiz as one that is good for all sides involved.

The 28-year-old striker moved to Cadiz on a season long loan on Monday. Andone also spent last season on loan at Turkish side Galatasaray.

The Romanian sustained a knee injury which ruled him out of a lengthy period last season.

He will now hope to return to full fitness with the move to Cadiz and Brighton boss Graham Potter revealed the player’s intent for regular playing time.

“This represents a good move for all parties, He has worked really hard on his rehabilitation, is ready to play and now wants to be playing regularly.” said Brighton manager Graham Potter.

The move represents a return to Spain for the striker who joined Brighton from Deportivo La Coruna in 2018.

After scoring 18 goals in 66 games for Brighton, he moved to Brighton where he has just 4 goals from 26 games. He also made 9 appearances for Galatasaray last season.

Neither of the two players has had a good time at the Bernabeau of late with Gareth Bale having to spend the second half of last season on loan at Tottenham.

Since moving from Chelsea, Eden Hazard has not entirely impressed with the Los Blancos.

Ancelotti expressed his admiration of the quality in the frontline of the team that finished second on the table last season stating that none of the players is guaranteed of starting spots.