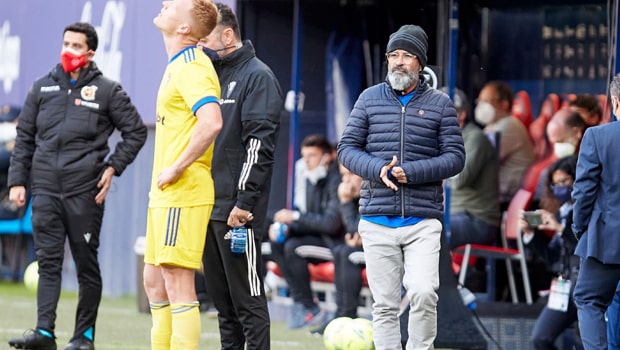 After maintaining their La Liga Santander status, Cadiz will begin their preseason challenge with games against a promoted side, Espanyol and La Liga champions, Athletico.

The Yellow submarines will be facing the promoted side on the Costa del Sol once more in July in a preseason friendly. Los Amarillos will take on RCD Espanyol  at Marbella Football Center on Friday 30 July.

This meeting will make it the second year in a row that Cádiz have faced Espanyol in the preseason. Last August, Álvaro Cervera’s men defeated Espanyol 1-0, with Marco Mauro’s goal being the difference between both sides.

Therefore, it will be another tight clash against Los Periquitos in the match that will be broadcasted on Cádiz CF TV.

Meanwhile, they will get a bigger test against Athletico Madrid in the LXVI edition of the preseason challenge. Last year’s edition was postponed due to the rampaging COVID-19 pandemic. It will now return this year a week before the start of the La Liga Santander campaign.

They will have to defeat Los Colchoneros to win the Carranza Trophy on August 4, 2021.

Athletico is expected to have their full squad members for the tune-up game that has been scheduled for 20:00 local time (CEST). As part of the COVID-19 protocol, the conditions for access to the ground will be announced in the coming days.

Athletico might field a depleted team as some of their players who represented their countries in the Copa America and European championship might still be on break.

Defeating will be another confidence booster for a team that shocked both Real Madrid and Barcelona last season.

Ahead of these games, Cadiz’s first team has resumed training sessions. So far, their first two sessions have been completed after Alvaro Cervera’s men went through their paces out on the Ramón Blanco pitch at the club’s training ground. They have continued their pre-season preparations with plenty of ball work.

The session began with conditioning work overseen by fitness coach Miguel Ángel Campos. He conducted exercises involving having a ball at feet before moving on to speed drills. The session was concluded with a practice match on a pitch of reduced dimensions.

Later in the day, Cádiz made their way to the Montecastillo Hotel to complete the second work-out of the day at its sports facilities.