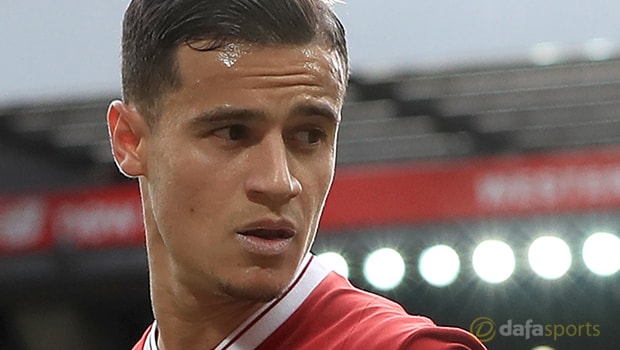 Philippe Coutinho has admitted that a desire to win trophies was the driving force behind his decision to leave Liverpool and join Barcelona.

The Brazil playmaker was the subject of numerous advances from the Catalan giants last summer but Liverpool refused to sell their prized asset.

Coutinho made no secret of his desire to move to Spain, having handed in a transfer request at Anfield, and he finally got his move last month in a deal worth more than £140m to the Reds.

Having spent five trophy-less seasons on Merseyside, the 25-year-old revealed silverware was the motivation for his move to Spain.

Barcelona are clear at the top of La Liga and in the final of the Copa del Rey, while they are in the hunt for the Champions League crown as the last-16 starts next week.

“Everyone knows that I wanted to come to Barcelona,” Coutinho told Catalan channel 8tv.

“It wasn’t possible in the summer, but we worked so that it could be done in winter.

“I really want to win big titles, it was one of the reasons that made me sign for the club. I want to win as many as I can, I don’t have preferences.”

Barcelona are 6.50 to win the Champions League this season, while Coutinho’s former club Liverpool are 15.00.

Playing alongside the likes of Andres Iniesta and Lionel Messi each day can only be good, added Coutinho.

“Andres [Iniesta] is a genius, and anyone who plays with him will make them better,” he continued.

“I am enjoying my time together with him and also with Leo [Messi], for me they are idols.

“It seems incredible, but everyday Messi gets better, and as a team-mate I can only take advantage of my moments with him.”