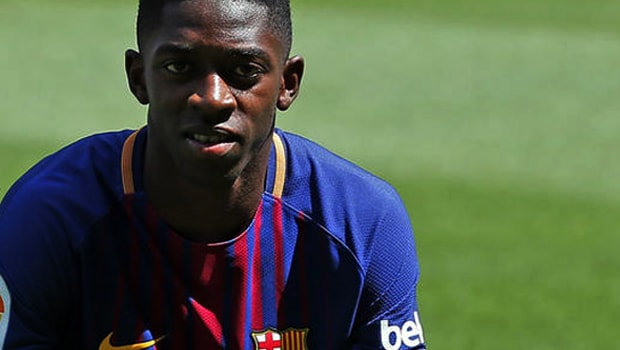 Barcelona have confirmed that club-record signing Ousmane Dembele requires surgery after suffering a thigh injury and expect him to be out for around four months.

The France international was a late addition to the Barcelona squad over the summer as the Catalan giants, who are priced at 1.91 to win La Liga, scrambled to find a replacement for Neymar after he opted to depart for a world-record transfer fee to Paris Saint-Germain.

The 20-year-old was handed his first La Liga start on Saturday against Getafe but was forced off after just 29 minutes with a thigh injury.

Barcelona’s medical team spent the weekend assessing the former Borussia Dortmund man and confirmed the full extent of his injury on Sunday.

“The tests have come back following first team player Ousmane Dembele’s injury in the 29th minute of the Getafe match.

Unfortunately, he has ruptured the tendon in his femoral bicep in his left thigh,” Barcelona said in a statement.

“He is expected to be out for between three and a half months and four months.”

The winger travelled to Finland on Monday with team physician Dr Ricard Pruna, and is scheduled to undergo surgery on Tuesday ahead of a long period of rehabilitation.

Barcelona added: “Ousmane Dembele travelled on Monday morning to Helsinki, Finland, where he will undergo surgery to repair a rupture of the biceps femoris tendon in his left thigh.

“Dembele will be operated on Tuesday by Dr. Sakari Orava. Following the surgery, the club will provide a medical statement.”