No regrets for Barca boss 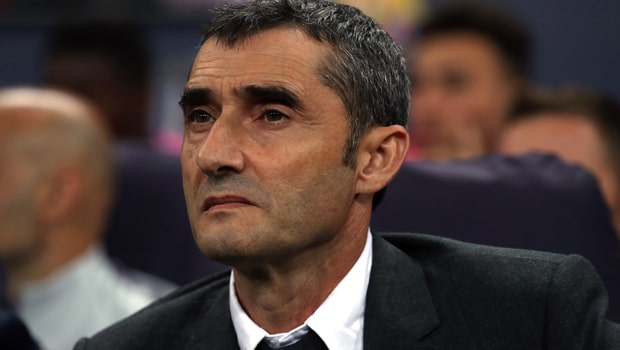 Barcelona boss Ernesto Valverde defended his decision to rotate his team for the 2-1 Copa del Rey loss at Levante on Thursday.

Lionel Messi, Luis Suarez, Gerard Pique and Ivan Rakitic were all absent as Barca slipped to a surprise loss, with new signing Jeison Murillo making his debut along with B team players Juan Miranda and Chumi.

“When it came to picking the side, I thought that was the best team we could pick for the game,” Valverde told reporters, when asked if he regretted his team selection.

“The game also served to check out some players in a La Liga-level game. It’s a risk, maybe, but these are the risks we take.”

The Catalan giants were 2-0 down within 18 minutes but Philippe Coutinho’s late penalty gives them a foothold in the tie as ahead of next week’s second leg at Camp Nou.

Coutinho has had to settle for a place on the bench in Barca’s last four league games but Valverde stressed he remains an important member of the squad.

He said: “When [Ousmane] Dembele wasn’t playing, everyone was asking me about him. “Now, Dembele’s playing and Coutinho’s not and the reverse is happening.

What the players have to do is work hard to revert the situation. Both of them have played tonight. And if one of them isn’t happy, they have to fight to turn things around.

“But, come on, one or the other is nearly always playing. Coutinho gives us a lot and will keep giving us a lot.”

Barcelona turn their focus back to La Liga on Sunday as they entertain Eibar and Valverde’s men can be backed at 1.80 with a -2 handicap.