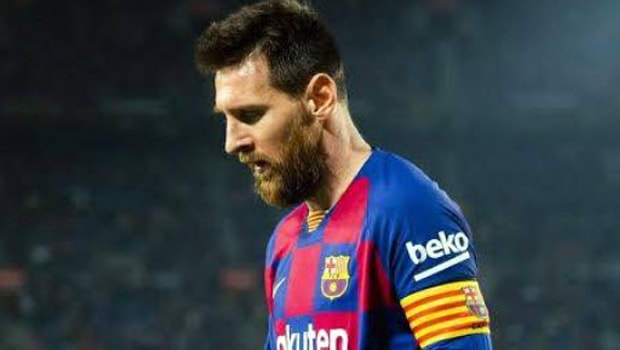 Lionel Messi scored from the penalty spot on Tuesday night to reach 699 career goals, and 440 La Liga goals as Barcelona opened a 5-point gap at the top of the La Liga table with a 2-0 win against Leganes.

Barcelona played at the Camp Nou stadium behind closed doors for the first time since the resumption of the La Liga, and it was a 2nd win in two straight matches after a 4-0 thrashing of Mallorca at the weekend.

Ansu Fati scored with three minutes left in the first half, but Lionel Messi put away a penalty on the 69th minute after Suarez was brought down.

Quique Setien’s men are now 5 points away from Real Madrid In second, although the Galacticos have a game on Thursday against Valencia at the Santiago Bernabeau where a win will see them cut the gap to two points.

In other games played on Tuesday, Getafe failed to beat a 10-man Españyol as they played out a 0-0 draw, and Villarreal beat Mallorca by a lone goal.

On Wednesday, Valladolid will host Celta Vigo, Eibar will host Athletic Bilbao and Osasuna against Atletico Madrid while Alaves against Real Sociedad will be on Thursday.

Barcelona in first has 64 points while Real Madrid and second-half 59 points, Sevilla are in fifth and Real Sociedad fourth.

Getafe in fifth, Atletico Madrid sixth, Villarreal and seventh position, Valencia and Granada, as well as Atletico Bilbao, make up the top.

Leganes are rock bottom of the log with 23 points from 29 games while Españyol and Mallorca make up the bottom three.

In Germany, Bayern Munich won the 8th Bundesliga after a 1-0 win against Weder Bremen on the same evening.