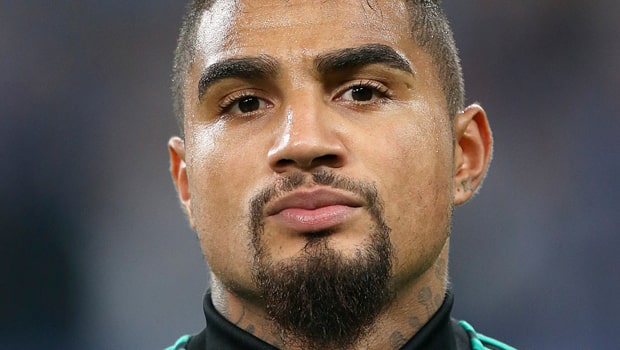 Former Portsmouth and Tottenham midfielder Kevin-Prince Boateng has joined La Liga giants Barcelona on loan for the rest of the season.

The 31-year-old has moved to the Camp Nou from Serie A outfit Sassuolo and the deal also includes an option for Barca to buy him permanently for £7.1million during the summer.

The former Ghana international boasts plenty of experience and he impressed during a previous spell in La Liga with Las Palmas during the 2016-17 campaign, as he scored 10 goals in 28 appearances.

Boateng is certainly excited to be joining a club as prestigious as Barcelona, although he admits he is also leaving Sassuolo with a heavy heart after impressing for the Italian team during the first-half of the season.

“It’s a very sad day. Because I’m saying goodbye to an amazing group and club like Sassuolo that gave me a lot,” Boateng told Sky in Italy.

“Going to Barcelona is a huge opportunity and an incredible feeling. I was very stressed today but I wanted to say goodbye to everyone, I respect Sassuolo.”

Boateng is Barca’s second signing of the January transfer window, with defender Jeison Murillo having joined in a similar deal from Valencia earlier this month.

Both players are likely to be seen as squad men during their time at the Camp Nou, but they could still play prominent roles, with Barca remaining in contention to win La Liga, the Champions League and Copa del Rey this season.

Indeed, Boateng could make his Barcelona debut during the first-leg of their Copa del Rey quarter-final tie with Sevilla at the Ramon Sanchez Pizjuan on Wednesday.

The Blaugrana are priced at 1.85 to emerge from that match with a first-leg advantage, while Sevilla are available at 3.75 and the draw is on offer at 3.80.