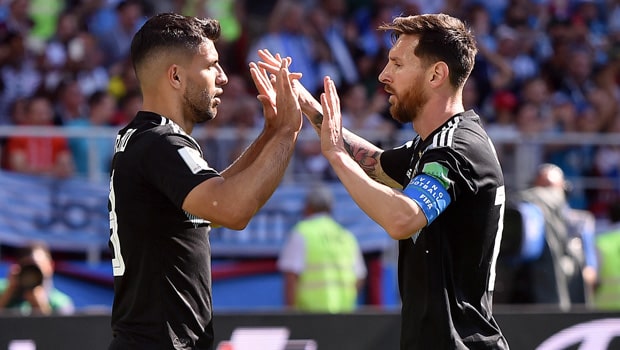 Lionel Messi is expected to return to his best performances for Barcelona in the new season after the arrival of his Argentina teammate and friend Sergio Aguero at Camp Nou.

Former Barcelona coach Cesar Luis Menotti stated this while explaining that the former Manchester City forward can be what Luis Suarez was to Messi before his departure for Atletico Madrid last season.

The man who led Barcelona in 1983 and 1984 when he won the Copa Del Rey and the Super Copa Espana revealed that the departure of Suarez affected Messi but the arrival of Aguero will lift his spirit subsequently.

“Messi was a great friend of Suarez, I still don’t know what Barcelona did to let him go, something that I think Messi felt a lot. And now Aguero is with him, they are always together and they have a very healthy relationship. Messi is going to be happy with this crazy man who is divine because he is funny and also does not have anything to prove. He is a character, a charming boy.” Cesar Luis Menotti.

It was initially feared that Barcelona will lose Lionel Messi for free this summer after stalling on signing a new contract.

However, after winning his first international title with Argentina at the Copa America where they defeated hosts Brazil, the forward agreed to a new deal that confirms his stay at the club for the next few years.

Barcelona has continued to bring in new players including Sergio Aguero, Eric Garcia, Emerson Royal, and Memphis Depay to the Camp Nou.

The team has been trying to reduce his wage with a handful of players exiting the team including De La Fuente, Junior Firpo, and Alena leaving the team.

Meanwhile, Martin Braithwaite, Miralem Pjanic and Antoine Griezmann continue to remain rumored close to an exit including a return to Atletico Madrid for the French forward.