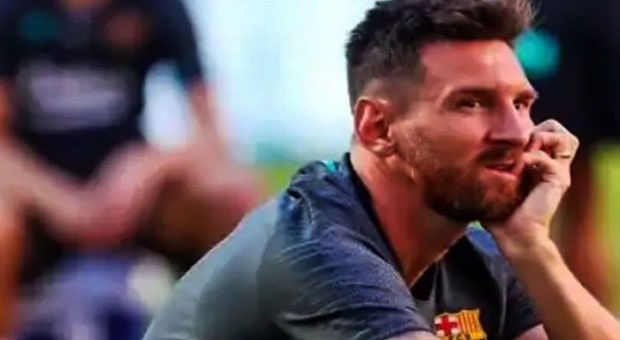 La Liga club Barcelona has revealed that they will appeal Lionel Messi’s red card in the team’s 3-2 loss to Athletic Bilbao in the final of the Super Cup on Sunday.

The 33-year-old was seen to have had a go at Athletic Bilbao’s Asier Villalibre in extra time’s stoppage time after VAR review.

It is the first time in his 753rd appearances for Barca that he will be sent off at club level, but Messi had twice been sent off playing for Argentina, including at the 2019 Copa America.

The six-time Ballon d’Or winner’s ban was announced by the Spanish Football Federation.

Meanwhile, in the La Liga on Tuesday evening Cadiz FC and Levante played a 2-2 draw while Valladolid and Elche also drew 2-2.

In the game involving Cadiz and Levante all, both teams scored all four goals and, in the first half, the hosts took the lead through Alberto Perea in the fourth minute before Roger Marti equalized 4 minutes later.

Roger then gave the visitors the lead three o minutes later to make it 2-1, but Cala leveled the score two minutes before the half-hour mark, and both teams failed to find the net for the rest of the game to end the match 2-2.

Meanwhile, Elche conceded twice late in the game against Valladolid to let down a two-goal lead and draw from a winning position.

Elche was winless in their last two games before the match and, the record looked set to be broken for their first win in two matches with their 2-0 lead in the first half.

Josan scored a brace in the first half of the game before Michel in the 71st minute and, Fernandez, late in the game, forced a draw for the hosts.