Barca’s Ansu Fati Out for 4 Months, while Real Loses Valverde To Injury 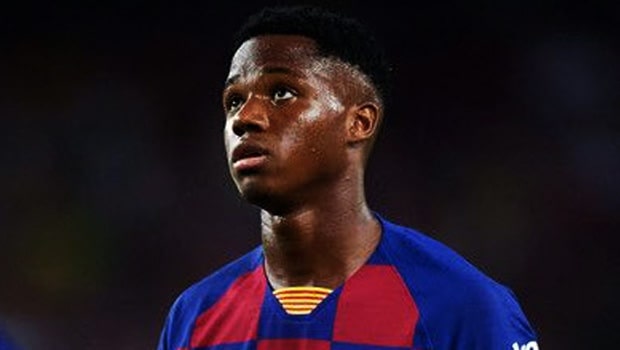 Barcelona’s Ansu Fati will be out for at least four months after having knee surgery on his left knee.

The youngster who has broken records this season damaged the meniscus of his left knee in Barcelona’s 5-2 victory against Real Betis at the weekend.

The 18-year-old Fati has scored five goals and provided two assists in ten matches for Barcelona this season. He was taken off at half-time during the game at the weekend.

He will now miss out of Spain’s international matches coming up this week and the rest of Barcelona’s matches in the year.

Ousmane Dembele, Lionel Messi, Antoine Griezmann and Pedri all scored for Barca albeit Messi scored a brace, including a penalty while Griezmann missed a first-half penalty.

Antonio Sanabria and Loren Moron both scored the goals for the ten-Man Real Betis side. Barcelona goes into the break in 8th position with 11 points one point behind Betis on the log.

Meanwhile, Real Madrid’s midfielder Federico Valverde will be out around a month with a small shin fracture.

The midfielder sustained the injury in Real’s 4-1 loss to Valencia on Sunday evening and the club, in a report on their official website, revealed that the player does not have a specific return date. Still, he will miss at least a month.

Real lost to Valencia 4-1 after conceding three penalties, Valencia’s Carlos Soler scored all 3 of them while Raphael Varane scored an own goal.

Karim Benzema had given the Zinedine Zidane’s side an early lead in the 23rd minute, but the lead only lasted 12 minutes before Valencia overturned the game.

Real stay in the fourth position on the log with 16 points, four behind League leaders Real Sociedad.