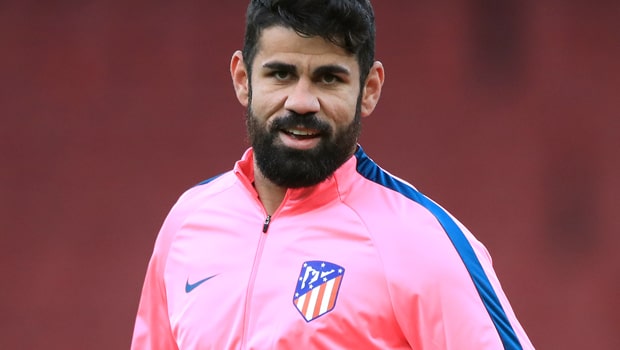 Atletico Madrid boss Diego Simeone says the absence of Diego Costa through injury will give him chance to experiment with his squad.

Los Colchoneros have lost their star forward until February after Costa underwent foot surgery in Brazil.

Simeone is happy with his other attacking options however, and suggested France international Antoine Griezmann may also be used in a central role on occasion during Costa’s stint on the sidelines.

“Costa’s injury is important for us. It creates opportunities for other kids to show their ability,” he told Mundo Deportivo.

“Now we have options. [Nikola] Kalinic, Gelson [Martins], [Angel] Correa, Griezmann. We will try to find the best for each game.

“As for Costa, he will be a great addition in February.”

Atletico Madrid take on high-fliers Alaves in the early La Liga kick off on Saturday and they are 1.40 to win or 2.10 with a -1 handicap.

Simeone oversaw his 400th match in charge of Atleti in midweek as they inflicted a 4-0 defeat of Sant Andreu in the last 32 of the Copa del Rey to seal a 5-0 aggregate win.

The Argentine coach is delighted to have reached the milestone but stressed he will continue to look forward rather than reflect on previous achievements.

He said: “The best thing is not to look back. Many people have left since I arrived.