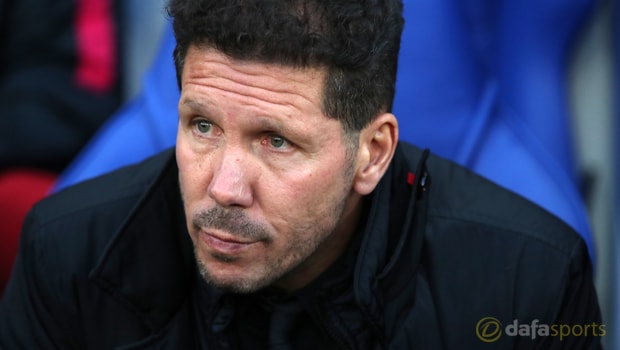 Atletico Madrid manager Diego Simeone has made a brief comment about Chelsea’s Diego Costa that suggests the striker could be set for a move to Spain in January.

Costa, who has won two Premier League titles at Stamford Bridge, has been told by Blues boss Antonio Conte that he has no future at the club this season.

The Spain international, who scored 20 league goals last term, was linked with a move to the Chinese Super League while Italian giants AC Milan, who have been splashing the cash this summer, are also interested.

However, former club Atletico, who sold the striker to Chelsea, are now believed to be leading the race for his signature although there will be some complications.

Los Rojiblancos are able to sign players this summer although they will not be able to play until January 2018 due to the terms of a ban handed to the club.

Costa will be out of action for the first half of the campaign if he returns to Atleti but Simeone still appeared to suggest a deal could be on the cards.

He said: “Diego Costa? If he comes in January… we can’t say anything about that yet. I won’t speak about him now.

He is a player of Chelsea. We will talk about the boys who are here now because we have a late start to the season.

That is what is important.” Atletico, who are 34.00 to win La Liga this season, open their league campaign with a trip to Girona on August 19 and the visitors are 1.44 favourites to win.