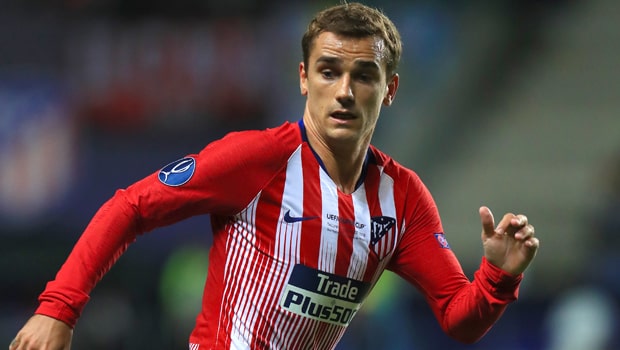 Los Colchoneros face a tough last-16 assignment having been drawn against Juventus, with the first leg to take place in Madrid on Wednesday.

Atletico Madrid are 21.00 to win the Champions League outright and Juventus can be backed at 8.00.

Atleti, who won the Europa League last season after falling at the first hurdle in Europe’s top club competition, have reached two Champions League finals in the last five seasons and Griezmann is desperate to go all the way in this year’s edition of the tournament.

“It gives us and the fans even more motivation,” he told UEFA.com.

“There’s always a great atmosphere and that’s what we need, that’s what we want as players. A home final would be a celebration for everyone associated with Atletico.

“The path there will be very difficult, but we will try our best. We will do everything in our power to get there, and then we’ll see.”

Atleti are 2.80 to win on Wednesday and Griezmann is 5.50 to score first. Griezmann, who won the World Cup with France last summer, believes there is enough experience within the Atletico squad to go all the way in Europe this season.

“We have players that have already played in Champions League, Europa League and World Cup finals,” he added.

“We’re already gaining in confidence in important games and moments and I think it’s at those times that we really raise our game and that helps us play better.”