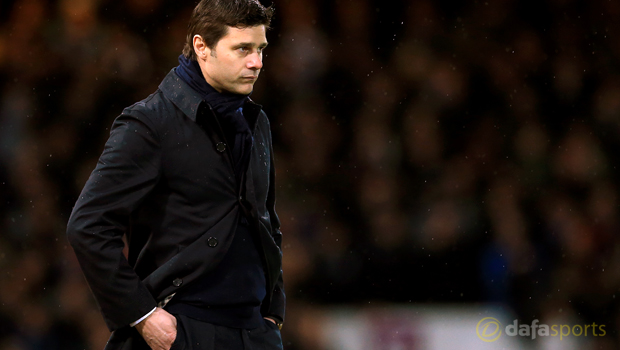 Kyle Walker has lauded the managerial ability of Mauricio Pochettino and the defender has called for the board to tie the current boss down to a long-term deal at White Hart Lane.

The Argentine arrived at Spurs in 2014 after an impressive debut Premier League season with Southampton and the style of football being played is eye-catching to say the least.

Tottenham have climbed to second place in the table and they are five points adrift of surprise leaders Leicester City, who have suffered just three defeats this term under Claudio Ranieri.

The London-based club are also enjoying a good run in the Europa League and they will be confident of getting past Borussia Dortmund over the course of the two-legs at the last-16 stage.

Pochettino has been linked with a possible switch to Chelsea in the summer while there are several other top European clubs said to be considering an offer.

However, Walker, whose good form has seen the right-back put himself in contention for a spot in England’s Euro 2016 squad, is hoping the manager extends his stay.

“We’ve built a foundation now. We don’t need managers coming and going. He did well at Southampton and he’s come here and done well so he’s proved he’s a very good manager,” he said.

“He is a very good man-manager. He knows what goes on in your head if you don’t play as much as you want to, and I think everyone in the squad feels equal.”

Spurs are back in league action on Sunday when they travel to bottom side Aston Villa and the visitors will be confident of closing the gap to the Foxes.

The hosts are 7.00 outsiders to pick up the win, a draw is priced at 4.33 while Tottenham are the firm favourites at 1.44 to clinch all three points.