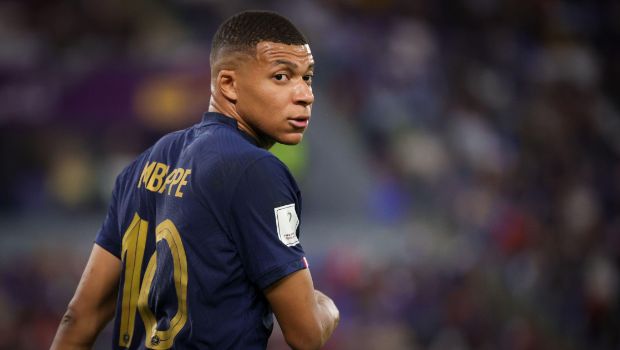 England full-back Kyle Walker had stated that he fully understands the task ahead when England and France face each other in one of the quarterfinal fixtures between both countries.

The game, which will be played on Saturday, is the first time the two Europeans will meet in the knockout stages of a major tournament.

Already, it’s a big task for England and Kyle Walker, who will face the tournament’s top scorer at the moment, Kylian Mbappe, and one of the tournament favorites, France.

France has won three of their four games, scoring nine goals, with Mbappe accountable for five.

Kyle Walker has already faced the PSG forward in the UEFA Champions League and knows the task ahead to stop the winger.

“I understand what I need to do, and that is to stop him. It’s easier said than done, but I don’t underestimate myself. He is a fantastic player in great form. It is not going to be an easy task, but as a professional footballer, you want to play against the best, and I think he is one of the best, if not the best, in the world at the moment.” Walker said.

France got past Poland in the round of sixteen with a 3-1 win, with Olivier Giroud opening the scoring to break Thierry Henry’s record of 52 goals for France to become France’s all-time top scorer with 53 goals and counting.

Mbappe scored a brace in the game to power the 2018 champions to the quarterfinal of the competition.

Meanwhile, England also got a smooth 3-1 win over Senegal in the round of sixteen, with Jordan Henderson, Harry Kane, and Bukayo Saka getting on the scoresheet against the AFCON champions.