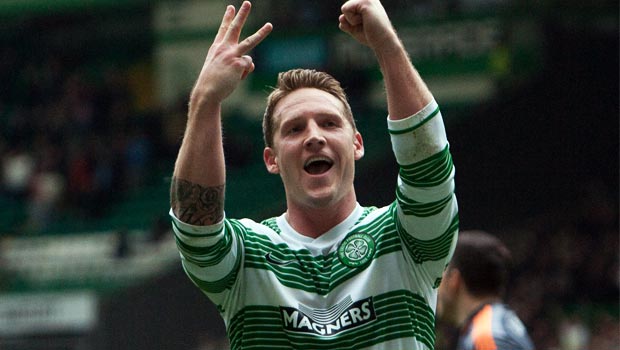 Scotland star Kris Commons believes Celtic are carrying the hopes of the nation on their shoulders in Europe this season.

The Bhoys are in Iceland for Tuesday night’s Champions League second qualifying round clash with KR Reykjavik which is new boss Ronny Deila’s first competitive game in charge.

And with domestic competition depleted in the Scottish Premiership given the demise of Rangers, Hearts and Hibs, Commons claims the European stage has taken on added significance to the fans.

The attacking midfielder said: “We’ve lost a couple of big hitters in our top flight so it’s vital for entertainment value that we are coming up against Europe’s elite.

“European football keeps everyone interested, not only at Celtic but in Scotland.

“But for our own personal pride the Champions League is the place to be and we want to be putting ourselves up against Europe’s elite.”

Deila was a surprise choice as Neil Lennon’s successor and Commons feels the Norwegian chief will add more goals to the side.

“The manager wants us to play a lot more football from the back, more attractive football, but from last year it’s vitally important we don’t change too much too quickly, because, as the manager said, we were successful,” added the former Nottingham Forest and Derby County star.

“But no doubt he wants to put his own stamp of authority on the team, make us better and take us that next step.”