Kasper Schmeichel: ‘We will be ready ‘

Posted by Robert Morris on September 9, 2018 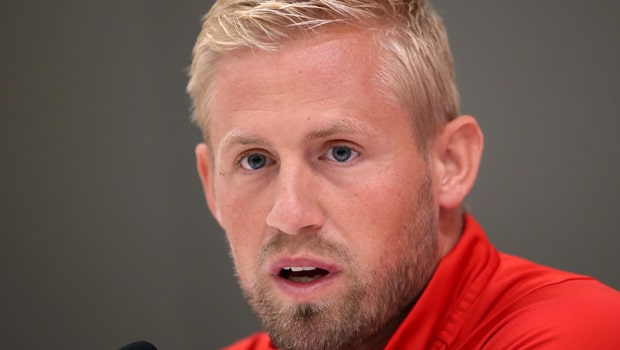 Denmark goalkeeper Kasper Schmeichel insists his side have been through a “difficult week” but they will be ready to take on Wales in the UEFA Nations League.

The Danish players have been involved in a dispute with the FA over their commercial rights and they had to field a team of part-timers earlier this week.

Denmark’s weakened side, which included an internet freestyler along with futsal stars, lost 3-0 to Slovakia in a friendly on Wednesday.

The row between the FA and the players was resolved on Thursday and now the likes of Schmeichel and Tottenham midfielder Christian Eriksen have returned to the fold.

Wales of course come into the game in fine form after their impressive 4-1 win over Republic of Ireland.

Schmeichel is expecting a tough evening at Ceres Park but he is adamant his team will be ready for the battle.

“I think for us it’s about winning the game and playing well,” Schmeichel told reporters.

“I am sure everyone will get behind us. It’s been a difficult week, but that’s life. It’s just about getting on with it now and we will be ready.

“Look at the last game and you can see the flair and spark that they play with.

“It’s very similar to the DNA he (Wales coach Ryan Giggs) inherited at Manchester United and it will be very interesting to see what he can bring.

“He’s got a very talented squad with Wales. It is something that Gary Speed started, Chris Coleman worked really well, and now Ryan is putting his own stamp on it.

“Gareth Bale is obviously a world-class player, but it would be disrespectful to focus on just him because Wales is full of very good players.”

Denmark are 2.05 to win, with the draw 3.30, while Wales are 3.60 outsiders despite their resounding success on Thursday.