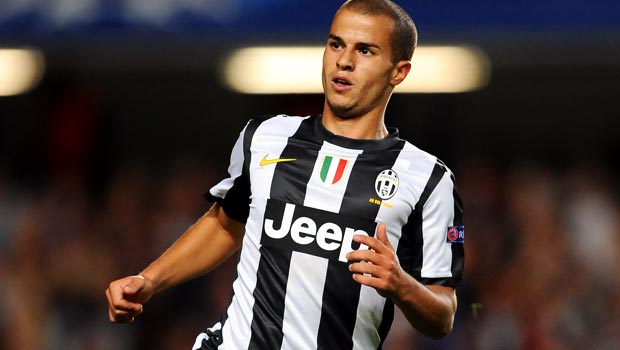 Sebastian Giovinco has hinted he is unhappy at Juventus but may have to wait until the summer to find a new club.

The Italy forward has made just two Serie A starts this season and is yet to sign a new contract after talks stalled in October.

Giovinco’s current deal expires at the end of the season and looks set to leave the club with Arsenal reportedly monitoring his situation.

More recently Tottenham Hotspur have been linked with the 27-year-old as part of a swap deal for former Roma winger Erik Lamela.

But while Giovinco says he could look to leave Turin on a free he admits he is unlikely to leave when the transfer window reopens in January.

“There’s something that is not quite right, that’s obvious,” Giovinco is quoted as saying in Italian media. “It’s a strange season for me and we will see what we do.

“I don’t think I will leave in January but we will see in June.”

Giovinco also hinted at an exit last month after growing disillusioned with life as a substitute under new Juve head coach Massimiliano Allegri.

“I have not resigned myself to always be a substitute, I have much to evaluate,” he told Rai Sport last month. “I will always give my all and at the end of the season we will look at what to do and whether I will continue with Juve – I hope to.”

The 5ft 4in striker made his first international start in over two years on Tuesday in Italy’s 1-0 win over Albania.

He has made 127 appearances for Juventus since making his debut in 2007 but found his best form while on a two-season loan at Parma from 2010-12.

Serie A leaders Juventus return to league action on Saturday night with a trip to Lazio and are 2.03 to claim all three points.