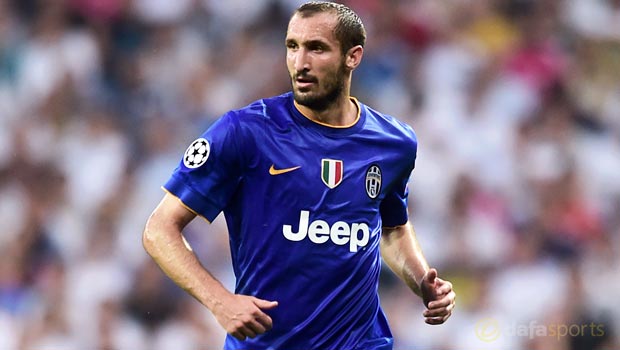 Goalscorer and captain Giorgio Chiellini said Juventus would make sure they celebrated a dramatic extra-time win against Lazio in the Coppa Italia final before concentrating their efforts on the Champions League.

A 2-1 victory in Rome means the Scudetto winners remain on course for a historic Treble.

Stefan Radu gave Lazio an early lead before veteran Italy defender Chiellini pulled Juve level, but they had to wait until the 97th minute when Alessandro Matri pounced to clinch a record 10th trophy.

The Turin giants had lost three Coppa finals since success in 1995 but victory in the Eternal City meant they added to their fourth consecutive Serie A crown.

“We did well to never give in, we remained united and fought for every ball,” Chiellini told Rai Sport. “Then we have players who can change a game.

“This team motivates itself. We help each other out to be at our best, find extra motivation and improve from game to game.”

Catalan capital giants Barcelona are chasing their own Treble and stand in the way of Juventus
achieving a clean sweep of trophies. The two European powerhouses will meet in Berlin, Germany, on Saturday, June 6 for the Champions League final.

“We had not won the Coppa for 20 years, so we really wanted this trophy and now we will enjoy it to the fullest,” experienced defender Chiellini added.

“We put in a great performance and knew it would be difficult, as Lazio are in good shape and they caused us problems.

“They made us run hard and they played well. Berlin [for the Champions League final] is some way off – now we deserve to enjoy this with our fans all over the country.”