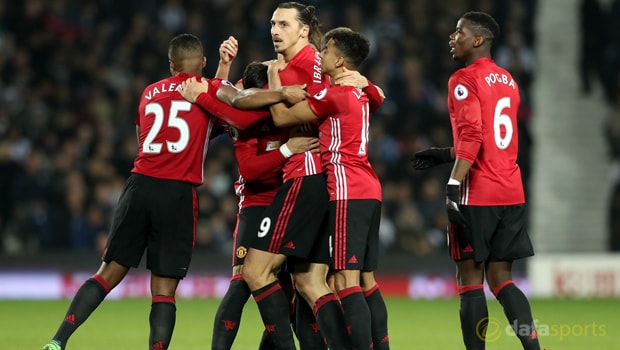 Manchester United manager Jose Mourinho says striker Zlatan Ibrahimovic sets a great example to the younger members of the squad and has praised his recent form.

The former Sweden international has bagged eight goals in his last eight matches to get the Red Devils’ season back on track.

Ibrahimovic’s arrival from Paris Saint-Germain over the summer saw him make a positive start to life, however, his goals dried up throughout October.

The 35-year-old’s return to form has coincided with the club’s progression in the Europa League and EFL Cup, while they have also closed the gap on fifth-placed Tottenham and kept within touching distance of the top-four.

United, who are priced at 2.50 to finish fourth in the Premier League, will travel away to face West Brom this weekend and Mourinho insists there is no way he could drop the veteran hitman.

Ibrahimovic is one of the most senior figures at Old Trafford and Mourinho has talked up the advantage of having him around.

Mourinho said: “He’s doing phenomenal and [on Saturday] he’s going to play again. “He’s a great example to be honest, in every aspect, he’s very professional.

Even when it’s difficult in today’s football players’ lives he keeps his family life private.

“He’s a great example in everything. When you have him and [Michael] Carrick at 35 years old, I think the kids couldn’t have better players to look at.”

United go into their weekend clash off the back of successive victories and the Portuguese boss has stressed the importance of ending 2016 strongly.

He added: “What we have to try to do in these three remaining matches [in December] is be in a position that gives us a chance in the second part of the season,”