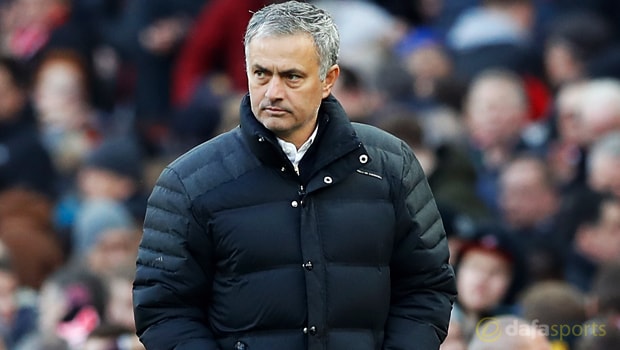 Jose Mourinho does not believe he gets the same level of respect as Arsene Wenger, despite the pair being the most decorated Premier League managers currently in work.

Mourinho renews rivalry with Wenger when Manchester United welcome Arsenal to Old Trafford on Saturday and the Portuguese was keen to stress what he believes is a perceived lack of respect towards him compared with the long-serving Gunners boss.

Both Mourinho and Wenger have won three Premier League titles apiece for Chelsea and Arsenal respectively and the current United boss says that should mean they are afforded similar respect as they are the most successful active bosses since Sir Alex Ferguson retired.

“I have three and Mr Wenger has three or four, I don’t know. We are speaking about the two managers with the best record in the Premier League,” Mourinho told his pre-game press conference.

“Does that mean we should be respected, even in periods when our results are not the best? I think Mr Wenger has that respect from all of you.

“I don’t think I have. Especially because my last Premier League title was 18 months ago and not 18 years ago.

So I don’t think I get that respect.” Wenger last won the Premier League title in 2004, while Mourinho steered Chelsea to victory two seasons ago before being sacked last term amid a complete loss of form from the Blues.

Mourinho has never lost a league game to Wenger but he insists that record will stand for nothing when their teams take to the Old Trafford field.

“The record against any other manager being good or bad is not important,” he said. “The only thing that matters is what you get globally as a team.”