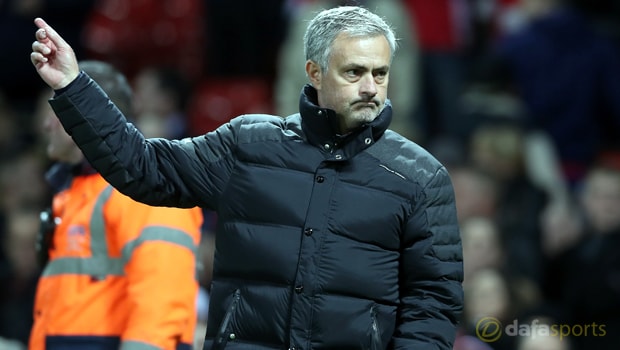 Jose Mourinho admitted it was close to being a feeling of déjà vu as Manchester United eked out a 1-0 over Tottenham at Old Trafford.

The Red Devils boss felt his side should have been further clear of Spurs but they were left hanging on nervously at the end.

Having drawn their previous three league games against Arsenal, West Ham and Everton 1-1, the Portuguese made no secret of the fact that things became nervy towards the finish.

Henrikh Mkhitarayan put the home side ahead on the half-hour but a rallying Spurs could have forced a draw with Victor Wanyama guilty of missing a glaring headed opportunity. Mourinho knew the importance of getting a win over Mauricio Pochettino’s side.

“It’s an important win against a very good team. We didn’t deserve to spend the last 10 or 15 minutes with our hearts in hands because we deserved the goal. At this moment 1-0 is magic because we needed the points,” said Mourinho.

With United having spurned some decent chances to increase their lead, Mourinho felt it was natural that nerves kicked in.

He added: “I think everyone was feeling bad and that it could be more of the same. Again we had opportunities to score the goal, in the first half, in the second half. And we don’t score, then we are always in risk because teams are good with good players and managers.

“Our heart was in our hands but he players gave us everything. These three points is magic because it’s especially against a very good team so it means more for us.”

The victory lifts United, currently sixth, to within three points of fifth-placed Spurs. Mourinho suggests it will help the belief of his players for upcoming games against Crystal Palace and West Brom.