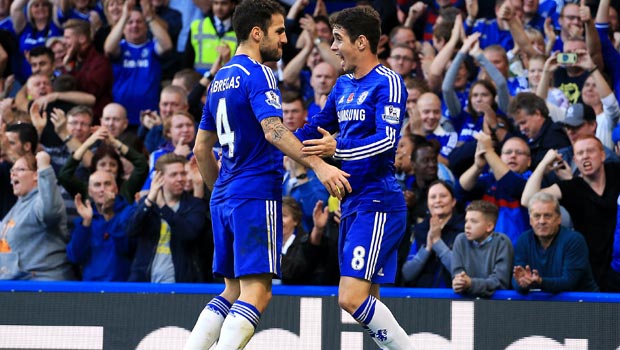 Summer signing Cesc Fabregas has all the qualities needed to make an even bigger impact on his return to the Premier League according to boss Jose Mourinho.

The 27-year-old former Arsenal midfielder has already impressed since his move back to England from Barcelona, with his range of passing and movement bringing an added dimension to the Blues engine room.

And Mourinho says that the opportunity to snap up the Spain international in the summer was too god to miss, as Fabregas has an all-round game which was bound to make him a success.

“If you are just that type of intelligent, technical player, but you don’t have the quality to compete and win first and second balls then to be intense is very difficult,” Mourinho told reporters.

“There are not many players like this and that is why when we felt the chance to have Cesc Fabregas, we thought the player could give us important things.”

The proof in the pudding for Mourinho is that Fabregas has scored twice, assisted nine further goals and been booked six times already this season, proving that he can mix it when necessary.

And the form of Fabregas, who has formed a fine partnership already with Nemanja Matic, has led the Blues to the top of the Premier League table, already four points clear of the chasing pack.

Chelsea are also going well in Europe, where they are currently top of Group G ahead of their Wednesday clash with Maribor in Slovenia, with the Blues 6.50 to win the Champions League and 3.50 to reach the final.