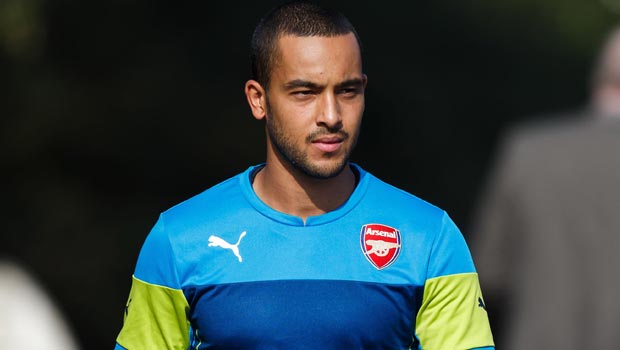 Arsenal boss Arsene Wenger hopes to see his club benefit from the best years of Theo Walcott’s career by agreeing a new contract with the England forward.

The 25-year-old has recently returned to action after a serious knee injury, but Wenger wants to agree a new deal as soon as is possible, with Walcott currently out of contract in the summer of 2016.

“We are starting to sit down with him,” Wenger said. “I think he has one and a half years to go on his contract and it is never an easy job with him, you know.”

Walcott has already been with the Gunners for nearly eight years, having been a teenage prodigy at Southampton and was included in the England squad for the 2006 World Cup finals.

However, he failed to feature at that tournament and has subsequently missed out on selection in both 2010 and 2014.

His outstanding display for the national team came in a World Cup qualifier against Croatia in September 2008, when he became the youngest player to score a hat-trick for England.

However, since then his careers for both club and country have been blighted by a number of injury problems, but Wenger remains convinced that Walcott has his best years ahead of him.

The Frenchman added: “Will he be at his peak in the next few years? He should be, yes. He is 25, it is the best years now, so hopefully we can profit from that.”