Jores Okore: ‘We can stay up’ 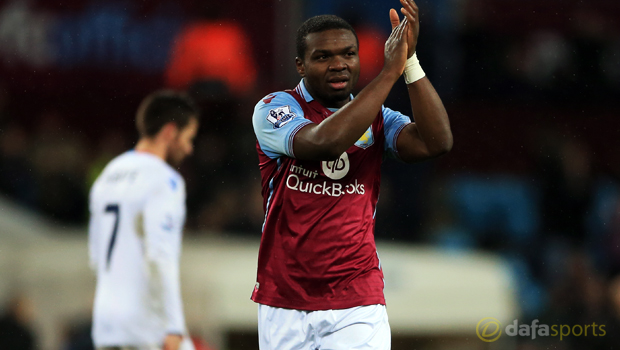 Aston Villa defender Jores Okore insists his team can stay up this season following their 1-0 win over Crystal Palace on Tuesday.

Joleon Lescott’s header was enough to help the Villans secure their first win in five months, while manager Remi Garde won his first match in 11 attempts.

However, Garde’s side remain rock-bottom of the Premier League and they are still eight points behind Swansea City, who occupy the final safe spot in the standings.

Villa contest a Midlands derby against a high-flying Leicester City outfit on Saturday evening and Okore is hoping his team-mates can replicate the Foxes’ great escape of last season.

Leicester won seven of their final nine games to avoid relegation, having looked certain for the drop for much of the season, and Villa can do the same according to their Danish centre-back.

He told Sky Sports: “Of course we can, we all believe we can do it, we wouldn’t be here otherwise. We have the belief we can get on a run now with two big games coming up.

“If we get something against those two teams, then everything seems possible. It’s going to be close. They (Leicester) did really well last year. If they can do it, we need to believe we can do it too.

“I don’t know about miracles, but it’d be a really big thing. It’s something that won’t be forgotten in a hurry if we stay up.”