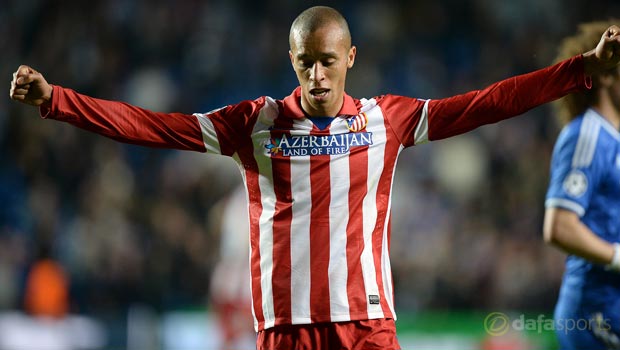 Atletico Madrid defender Joao Miranda insists he has no plans to leave the club this summer despite recent speculation over his future.

The Brazilian centre-back was linked with a move away from Vicente Calderon before the start of the 2014-15 campaign with Manchester United credited with heavy interest.

Louis van Gaal’s side have failed to add a central defender to their ranks and are expected to renew their search at the end of the season and Miranda is among the names being linked with a switch to Old Trafford.

But the 30-year-old, who is under contract with Atleti until 2016, insists he wants to stay in the Spanish capital and help Diego Simeone’s side compete for more silverware.

“I am comfortable. I have a contract for this year and one more,”
Miranda told AS.

“I must only think about playing football, enjoying my minutes at Atletico and making my team fight, always, for titles.

“I want to finish well, and enjoy each moment that there is at Atletico because it’s a great team. I have another year and I am going to endeavour to fulfil my contract.”

Miranda’s decision comes a week after Simeone committed his future to the club by agreeing a new contract until 2020.

“For the players, it is something that leaves us happy,” he added. “He is an extraordinary coach. His renewal will make Atletico great for a long time.”

“For many more years we will have Atletico fighting for important things.

Beaten finalists last season, Atletico Madrid are priced at 18.00 to go one step further and win the Champions League this year while they can be backed at 6.00 to reach the final.