Jermain Defoe delighted to have another striker on Sunderland books 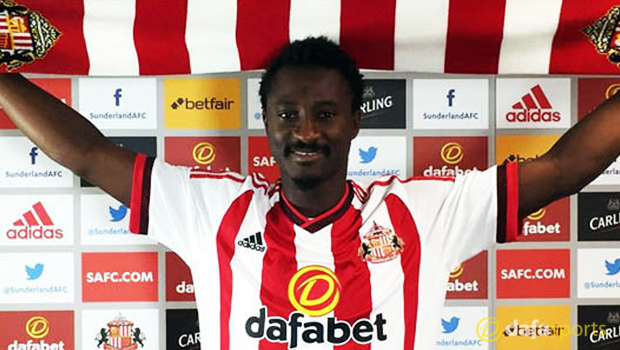 Jermain Defoe has welcomed the arrival of striker Dame N’Doye at Sunderland, insisting competition for places can only help the club in their relegation fight.

The Black Cats secured the 30-year-old Senegalese international N’Doye last week on a six-month loan from Turkish side Trabzonspor.

He will go into Sam Allardyce’s squad for this weekend’s game against Bournemouth as Sunderland go in search of a third league win in four games.

Defoe is full of confidence having scored five goals in three league games as Sunderland got vital wins against fellow strugglers Aston Villa and Swansea before their defeat to high-flying Tottenham at White Hart Lane last weekend.

Far from being put off by the arrival of another striker, ex-England international Defoe has welcomed N’Doye with open arms.

Defoe says he has seen plenty of N’Doye in action and expects him to fit right in at the Stadium of Light.

“It’s nice to see another forward come in,” Defoe said. “I trained with him (yesterday) morning and you can see straight away that he’s strong. I’ve seen a little bit of him before to be honest, and he’s a good player.

“I think he’s someone that will help the team and provide a presence up front. He will score goals, and it’s good to have someone like that here.”

With doubts surrounding the future of Steven Fletcher at Sunderland amid reported interest from Celtic and Danny Graham having moved to Blackburn Rovers on loan for the rest of this season, Defoe is happy to have another option coming into a dressing room that he feels is now regaining lost confidence.

“It’ll be nice if he gets off to a good start, but he’s joined a good team and a good bunch of lads – the team spirit here is brilliant,” he added.

“He’s come into a good dressing room and I’m sure he’ll enjoy it here.”

Defoe is 2.80 to continue his recent good form by scoring against Bournemouth on Saturday while Sunderland are 3.10 to beat Eddie Howe’s team.