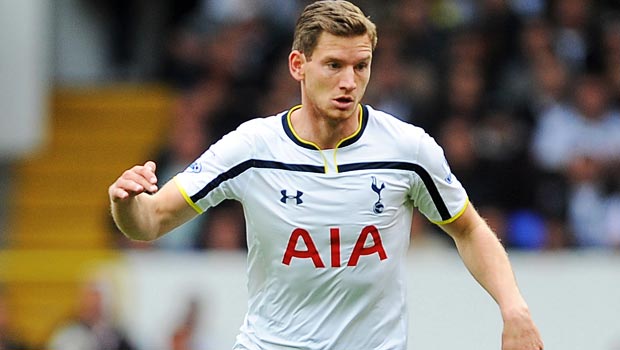 Jan Vertonghen wants Tottenham to hold a team meeting upon the end of the international break to help get their season back on track.

It has been a difficult start for new manager Mauricio Pochettino at White Hart Lane, who has seen his side win only four of their opening 11 Premier League games.

That poor run that includes four defeats in six home matches, the latest of which came in last weekend’s 2-1 defeat to Stoke.

Spurs sit in a disappointing 12th position domestically but, despite this, Vertonghen believes they can turn things around and finish the season in the top four, particularly if they can hold a productive meeting after the international fixtures.

“After this week we need to talk. Belief is still there. Hopefully we can be honest with each other, and turn things around,” said the defender.

“At the start of the season there were seven or eight teams wanting (to finish) top four, and two or three will be disappointed. I hope it’s not us. I am confident we can finish in the top four.”

The Belgian international has also endured a difficult start to the season personally, with form and injuries restricting him to just six league starts.

Indeed, new signing Federico Fazio was preferred to partner captain Younes Kaboul in the defence against the Potters last Sunday.

The former Ajax player will be hoping for a starting berth in the Lilywhites’ next fixture away to Hull City next weekend, with the north Londoners 2.19 to win and kick-start their inconsistent campaign.