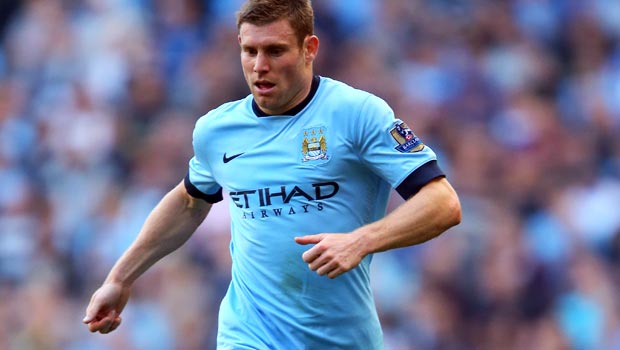 Manchester City midfielder James Milner has admitted he may have to consider his options if he fails to play more football this season.

The former Leeds United academy product has been at the Etihad Stadium since 2010 but he has been used a squad player under both Roberto Mancini and Manuel Pellegrini.

Milner, who can play across midfield, is behind a number of the clubs current stars like Samir Nasri, Yaya Toure and Fernandinho.

His current deal expires next summer and speculation has already suggested he may leave the club on a free as he looks for more first-team football.

Milner insists he loves playing for the Blues but he wants more action this season.

He told the Daily Star: “I understand I won’t play in every game, I just want a fair crack of the whip, a few more games than I got last year.

“You have to perform as well, and that is never easy when you are in and out of the team. I want to play as well as I can, and the more you play the more you can show what you can do.

“I have a year left and have spoken to the club. I love it here and would love to stay at Manchester City, but first and foremost I am a footballer and want to play football.

“It’s an amazing club to be at – I have won trophies, it has great fans and I am playing with some of the best players in the world. If you get that game time as well, it is perfect.

“We have had talks, but I want to see how it goes. Hopefully I will play enough games and can be at City for the long term.”