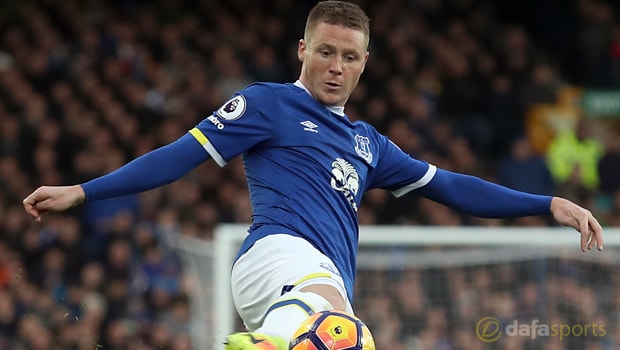 Everton midfielder James McCarthy says the Goodison faithful have a key role to play when Liverpool come calling in the Merseyside derby.

Republic of Ireland international McCarthy says the crowd played their part in the come-from-behind win against the Gunners and he hopes to see more of the same against Liverpool.

According to the Glasgow-born McCarthy, Goodison Park under lights is a special atmosphere to play in.

“Under the floodlights at Goodison, you can see the atmosphere and it’s one you want, one we’re all really excited about,” he told the Everton website.

“It’s definitely always a big game, it’s your rivals and you want to get one over them. When Monday comes, we’ll be ready.”

Victory against Arsenal was Everton’s first in six league outings. After Alexis Sanchez had given the visitors the lead, McCarthy’s international team-mate Seamus Coleman nodded home to level before Ashley Williams’ header sealed all three points in the second half.

McCarthy felt the players gave the supporters something to feed on in that game. “The fans responded after a few tackles and Arsenal knew they were in a game,” he said.

“It was a really great atmosphere and now we’re looking to the derby. The fans will come out in their numbers, as always, and within the squad we know how massive the game is. We look forward to it.”

Everton are 4.00 to beat Liverpool while Dafabet have boosted Toffees striker Romelu Lukaku to 7.00 to score the opening goal.