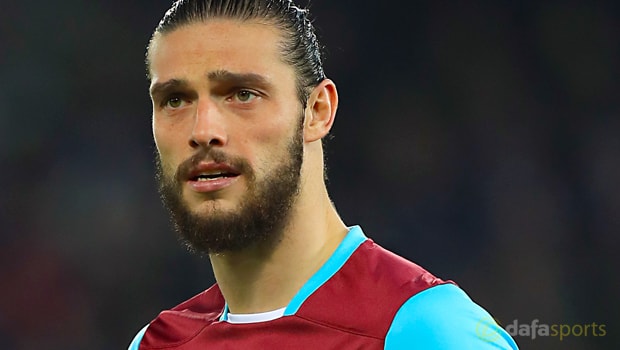 The striker has been plagued by injuries in recent years but has been in excellent form recently, netting four times in his last four outings to help the Hammers climb the table.

Carroll’s displays led to Gareth Southgate taking note but a long-standing groin injury meant he was unable to play in front of the England boss in the recent 2-2 draw with West Brom, while he also missed Saturday’s clash with Watford.

The last of the 28-year-old’s nine caps came back in 2012 but he is expected to return for Monday’s clash with Chelsea and may well be confident of earning a recall for March’s internationals.

Working alongside the former Newcastle man on a daily basis has allowed Collins a first-hand look at him in action.

The Welshman admits it has been hard not to be impressed by his team-mate’s form and has backed him to make an impact if given the chance to return to the international fold.

“I think [Andy Carroll] should be [in the England squad]. A fit Andy Carroll is a handful for any defender,” Collins told the club’s official website.

“I know if I was playing against him and he was in the opposite team, I’d be in for a tough afternoon. It gives [England] something different.

“What Andy can do; I’ve never trained against a lad or played against a lad who is as physical and as good in the air as Andy, so I think it’s a no brainer for him to be in the squad as something different to what they’re used to.”