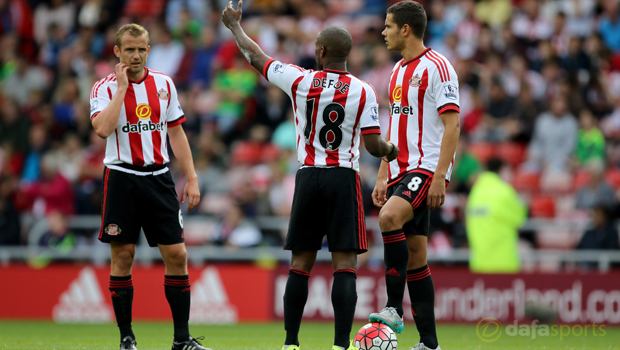 Sunderland midfielder Jack Rodwell is confident his side have enough quality in the squad to avoid relegation this season.

The Black Cats are currently second from bottom of the table following surprise victories for Bournemouth and Newcastle last weekend, coupled with their own 3-1 defeat to Arsenal.

Sam Allardyce’s side had won their previous two league matches prior to the defeat to the Gunners and Rodwell believes there were plenty of positives to take from the loss to one of the league’s strongest teams.

He said: “The last few games we’ve looked well, even against Arsenal, the defeat. We just had a (team) meeting and we took a lot of positives from it, a few negatives, but more positives.”

The former Everton player believes there is more confidence within the squad following the arrival of Allardyce in October and he is convinced they have more than enough quality to remain in the division.

He added: “Every day in training we just feel more confident. We put back-to-back wins together which we haven’t done in a long time, and I think we’re a lot more solid at the back, bar the Everton game away from home.”

Rodwell himself has endured a frustrating campaign to date due to groin and hamstring injuries, but is now keen to kick on after featuring as a substitute against Arsenal.

“To be honest, unfortunately since he’s been here I’ve pretty much been out of action,” said Rodwell.

The England international will be hoping to be involved in Sunderland’s next match against Watford at the Stadium of Light on Saturday.