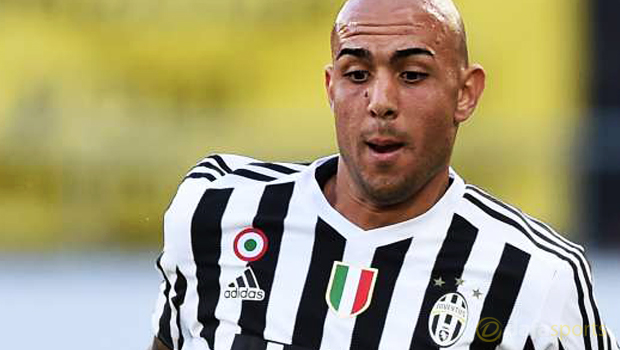 Juventus striker Simone Zaza hopes his winner against Napoli will help to boost his chances of being selected for Italy’s Euro 2016 squad.

The 24-year-old has found it tough to nail down a starting spot with the reigning Serie A champions this season, managing just 11 league appearances having slipped behind Mario Mandzukic, Alvaro Morata and Paulo Dybala in boss Massimiliano Allegri’s pecking order.

However, the former Sassuolo hitman stepped off the bench in the top-of-the-table clash with Napoli on Saturday to score the decisive goal two minutes from full-time.

The 1-0 win sent Juventus to the top of the table and Zaza hopes his strike could prove to be the “title-winning” goal.

The Juve forward is also hopeful his goal will stick in the memory of Italy’s national coach Antonio Conte, who was in the stands on Saturday night.

Zaza told Sky Sport: “The objective is to be a protagonist at the European championships, I hope Conte calls me up.”

While Zaza’s goal will certainly have caught his eye, Conte is believed to have been at the Juventus Stadium to check on Napoli winger Lorenzo Insigne.

The former Juventus coach has a plethora of attacking options to choose from when it comes to naming his squad for Euro 2016, with Zaza, Graziano Pelle, Manolo Gabbiadini, Stefano Okaka, Ciro Immobile, Sebastian Giovinco and Alessandro Matri all selected for the Azzurri recently.

Conte will give an indication of his plans for Euro 2016 when he selects his squad for next month’s high-profile friendly matches with Spain and Germany.

Italy have been placed in Group E for the European Championships and 1.20 to make it through to the last-16, with Belgium 1.10 to qualify and Sweden at 1.67.